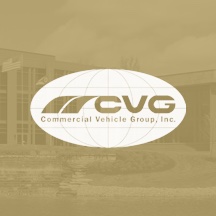 INDEPENDENT DIRECTOR AND CHAIRMAN OF THE COMPENSATION COMMITTEE

Roger L. Fix (65) has served as a Director since June 2014. Mr. Fix is Chairman of the Compensation Committee and a member of the Nominating and Governance Committee. He served as a member of the Board of Directors of Standex International Corporation from 2001 until 2017, when he retired from the Standex board. He served as Non-Executive Chairman from 2014 to 2016, and President and Chief Executive Officer of Standex from 2003 to 2014. He was Standex’s President and Chief Operating Officer from 2001 to 2003. Prior to joining Standex, Mr. Fix held a number of general management positions at Emerson Electric, the TI Group, plc and TRW over a period of more than 20 years. Mr. Fix has served as a Director of Flowserve Corporation since 2006 where he was Chairman of the Corporate Nominating and Governance Committee and a member of the Audit Committee. Mr. Fix currently serves as the Chairman of the Board of Flowserve Corporation. Mr. Fix earned a master’s degree in mechanical engineering from the University of Texas and a bachelor-of-science degree in mechanical engineering from the University of Nebraska.